• “Early Homo” fossils are often divided into two species (Homo habilis and H. rudolfensis). In comparing the two skulls, what morphological differences do you find most significant? An anatomically modern H. sapiens is included below for reference.

• Examine the Oldowan and Acheulean tools below. In what ways do they differ? What kinds of functions can you imagine them being used for?

Homo habilis, by the RLA

Homo rudolfensis, by the RLA

Homo sapiens, by the RLA 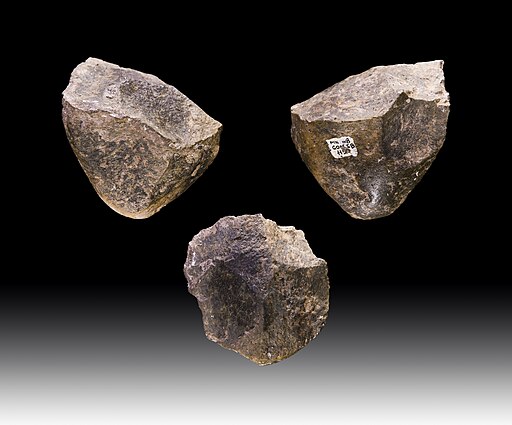 Acheulean Hand Axe, by the RLA