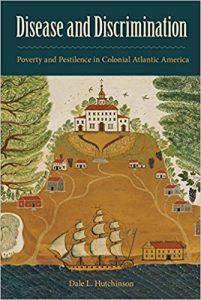 Choice is a publishing unit of the Association of College and Research Libraries, a Division of the American Library Association. According to Florida Press “… books that receive this award are selected for their excellence in scholarship and presentation, significance of contribution to the field, and value as an important—often first—treatment of their subject. Only nine percent of the titles reviewed by Choice during the past year, and two percent of the more than 25,000 titles submitted to Choice over the same period, constitute Outstanding Academic Titles.”

Disease and Discrimination can be purchased from the University Press of Florida. For a limited time, the Press is offering a discounted price on all Choice award titles.

Check out the latest happenings on the RLA's Facebook page.

Congratulations to our
students and faculty on their latest accomplishments!